First I needed to find out what ip address the target was running on, so I fired up Nmap to work it out

Next I needed an idea of what was running on the server to find potential entries into the system, so I pointed Nmap at it again 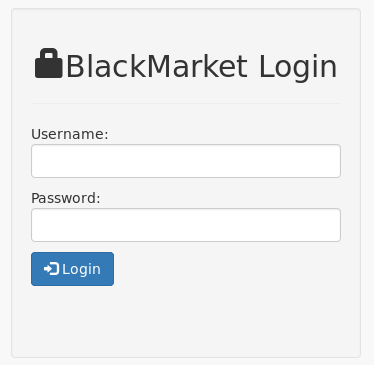 First thing I see is a login page, I decided to poke around the html source

So that's the first flag,

Part of the flag looks like base64, so I went ahead and decoded it

So I went ahead and googled this, it seemed to be a reference to Jason Bourne, but I wasn't sure how that could help me yet so I decided it was time to point dirbuster over at this 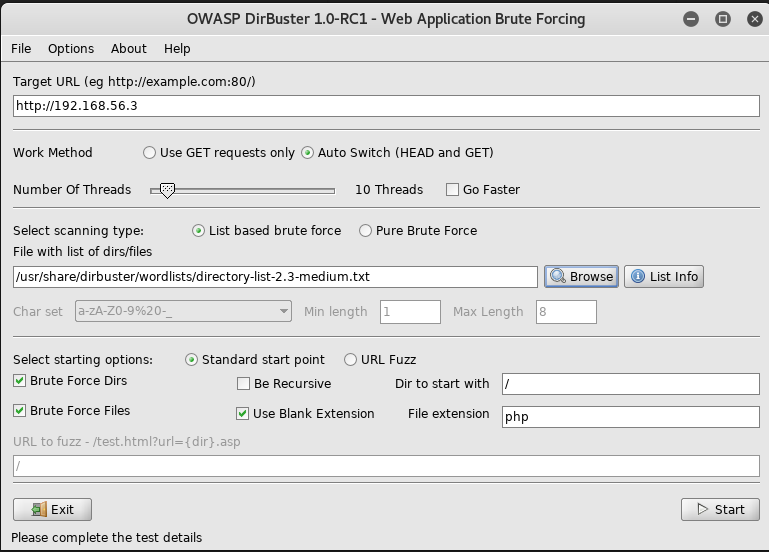 Once It finished I inspected the results 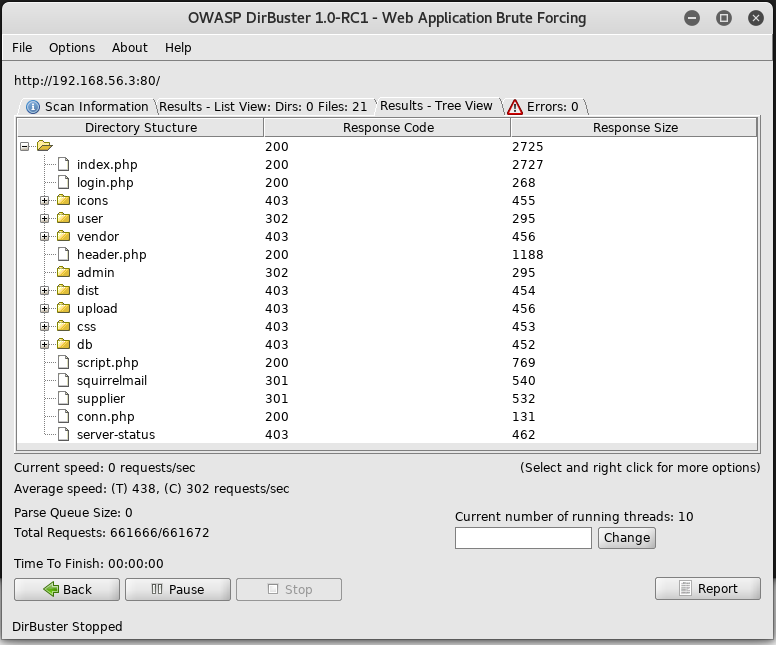 For a while I dug through these files looking for anything useful, but nothing came to mind with it. So next up I decided to try a wordlist about Jason Bourne and Operation Treadstone. Using cewl I generated a wordlist to use

I attempted to use these as logins with rockyou.txt as the password list and plugged them into hydra, but failed to find any login creds

So after messing around for a while, I decided to make a list of the flag words in a wordlist and use it as the passwords

This led to me getting credentials for ftp of

So I used the to access the ftp server

When it asked for username and password I used nicky:CIA and began to dig around

It seems passive mode is off, so I sorted that out and started digging

A folder called "ftp", I decided to look in and see what i could find

Another directory, so next I went into that

As there was only a .txt file, I decided to download it and see what was in it

Now I had the file, I closed my ftp connection and wanted to see what was in it

Now I had flag 2, I decided to decode it

No helpful hint in this one, the message in IMP.txt was my next clue, "You must find out and hack it!" made me consider a hidden url that dirbuster had failed to find before. So I put together a new wordlist of vehicle workshop related things 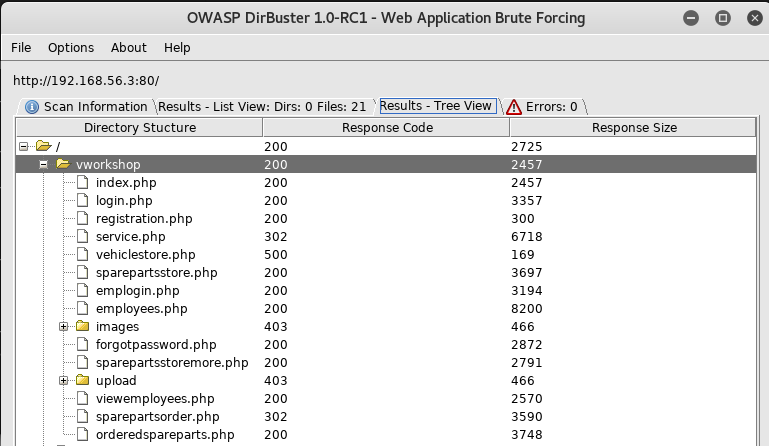 A new directory found on /vworkshop, I navigated over to it in browser

I decided to try the nicky:CIA on the various login screens available, first on employee login

And then on customer

But neither of them worked, so I took a look around the pages available, and found the spare parts store, nothing obviously useful yet. 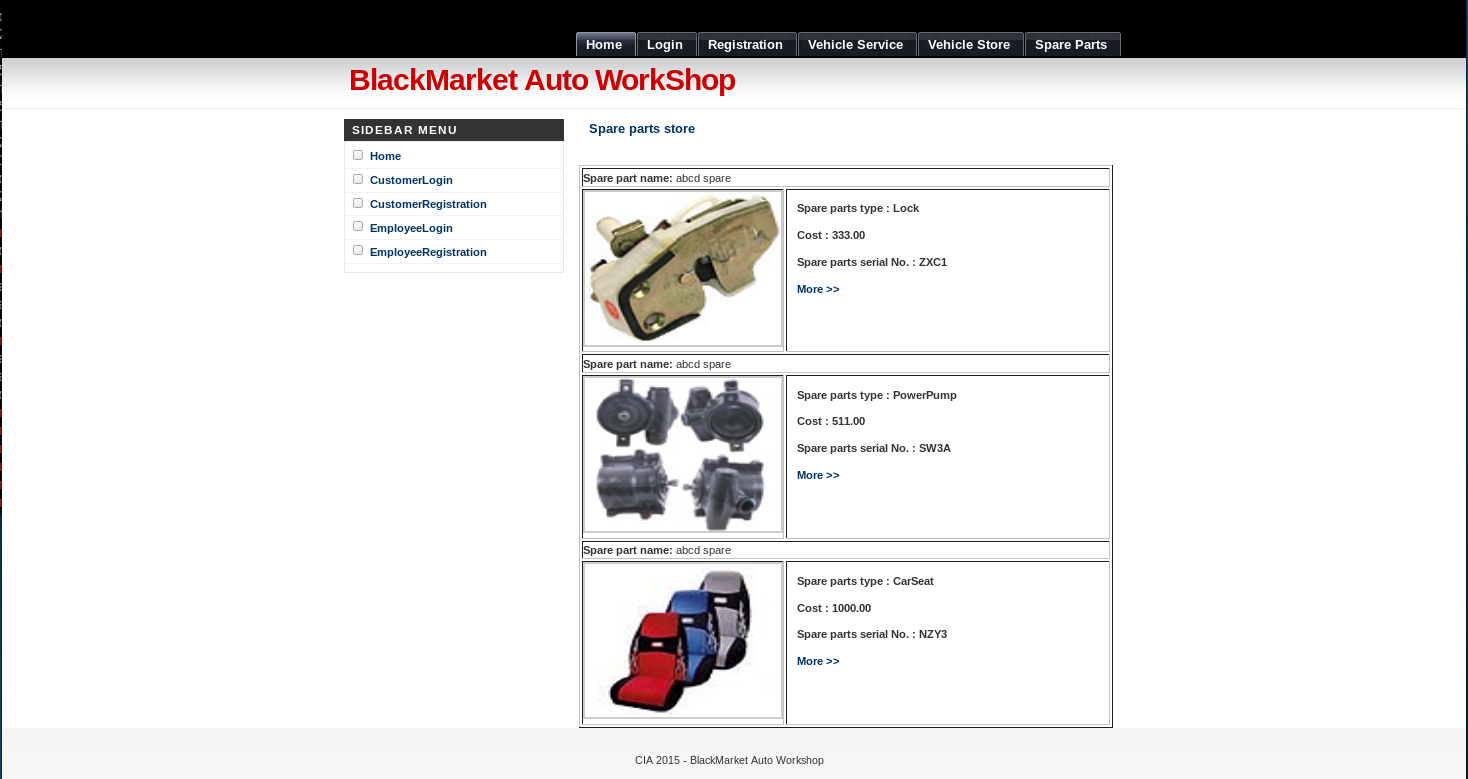 And surprisingly, it worked

So I then tried to login with those creds

After looking around for a while I wasn't able to find much, so I tried doing this again making a user account this time 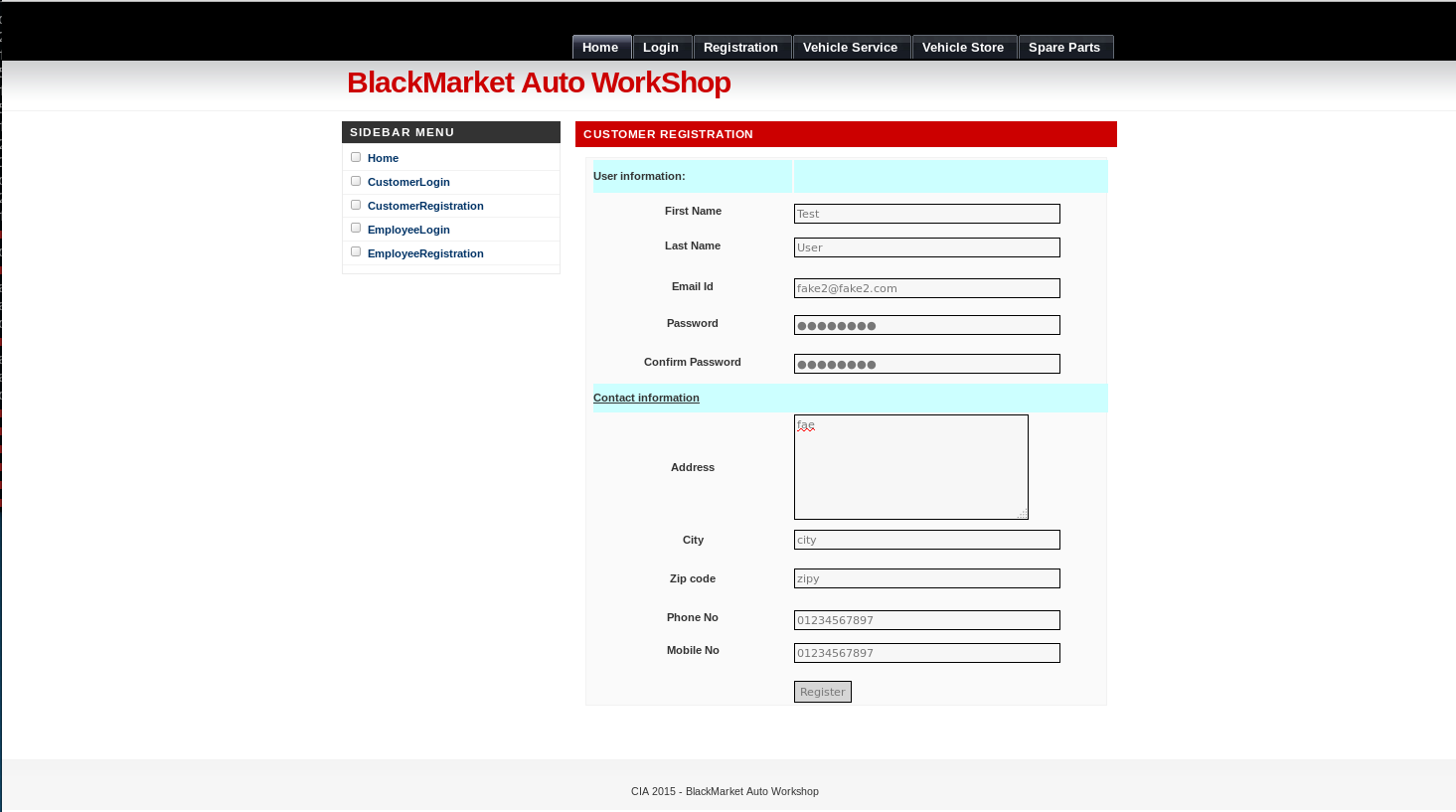 So I take a look around here, and see that selling a vehicle has a file upload option, so I attempted to upload /usr/share/webshells/php/simple-backdoor.php

And when Submit it

But unfortunately I was then unable to trigger the shell to work. So I spent a while playing around as both the user account and the admin account until on the spare parts details container I noticed something interesting. The url contains a parameter of ?sparepartid=[number]. I decided to fire up sqlmap to see if this was exploitable

So it is exploitable, I now wanted to dump the whole database

This took a while, so I went and made a cup of tea, I also said yes to most of the options I was presented during the execution. Eventually it was finished and I had various bits of information. First there was a table called "flag"

So I now had flag 3 and my next hint. For this, there were 2 seemingly relevant tables

So, sqlmap was able to crack the login for supplier, it was supplier:supplier, I headed back to the original login page at http://192.168.56.3 and used those creds to login

There didn't seem to be much going on here that was useful, so i tried accessing the /admin url we found earlier

While looking around this section I came across a section called users, and I had options to edit them. I decided to try and change jbourne's password

The first thing i noted was, when I processed this request i was sent to /admin/edit_customer.php?id=5, we already know admin is user id 1, we may be able to change admins details the same way we changed jbourne's, but first I logged out and tried to login as jbourne 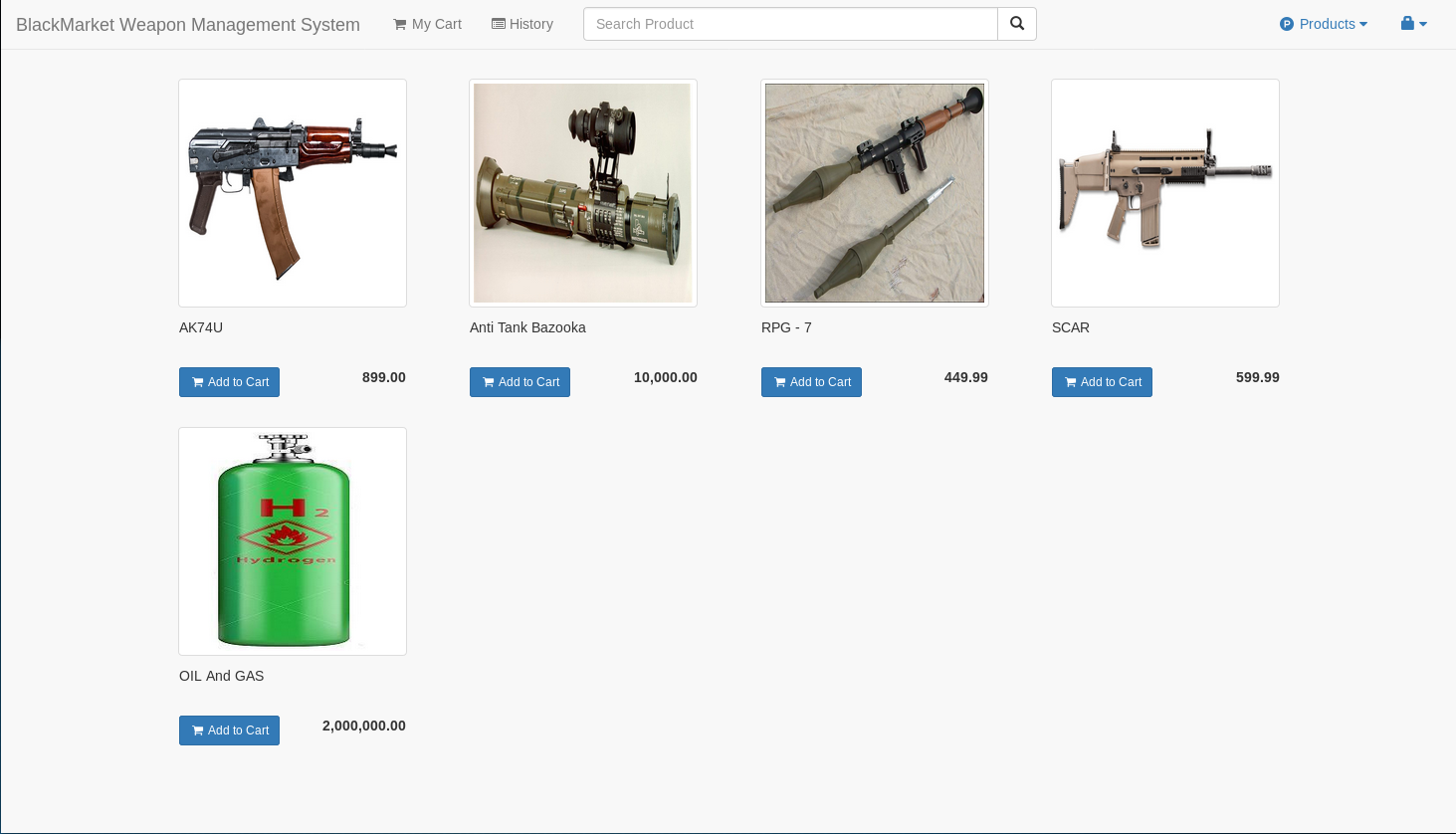 Well the contents have changed, but I don't seem to have any new avenues of attack. So I went back to the idea of changing admins password. To start this I first changed the password for jbourne again, but inspected the request

I decided to copy this as curl, but adjust it to change id 1 by changing the endpoint to /admin/edit_customer.php?id=1

And thats flag 4, flag4{bm90aGluZyBpcyBoZXJl}, as with the previous ones I cracked the hash

One I clicked okay I was forwarded back to the site, but couldn't find anything new, and as a lot of the previous parts have been helped by the flag, I decided to focus upon "Jason Bourne Email access ?????". My first thought is that this could indicate the password is 5 characters long, and was getting ready to take my wordlists from earlier and filter them for only strings of length 5 But before I did this, I Headed over to /squirrelmail

Before trying to mess around with wordlists, I decided to just try using the literal ????? as the password and tried to login with jbourne:?????

An email from putin, I opened it up to take a look

Now I have the 5th flag Flag5{RXZlcnl0aGluZyBpcyBlbmNyeXB0ZWQ=}, which i straight away crack

Now I had to spend a while investigating potential methods of encryption that could have been used on the message, until I eventually came across the substitution cipher, which when applied with a key of the alphabet backwards (z...a) gave a result 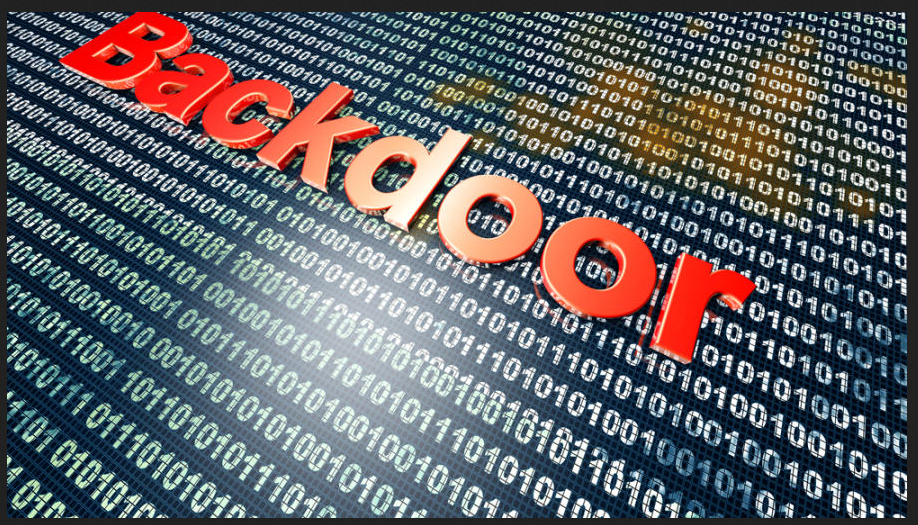 It was indicated this file would be useful, so I downloaded the file to inspect it with various tools

I trimmed the output here as it was rather long, but what I found was a potential password to use. Next up was finding the backdoor itself. I started to dig on urls, coming across multiple 404 errors

Until eventually I tried /backdoor.php, and was presenting with what looked like a 404, but was different from the previous 404 pages

The version numbers didn't match among other differences, so I inspected the html source

This is when I realised it was a fake error page, and that this was probably the backdoor I had been looking for. In the hidden password field I tried the pass I got from PassPass.jpg of 5215565757312090656 but this didn't work. I then thought back to the flag clue "Everything is encrypted", maybe this includes the password, first I tried converting it to Hex 4861696C4B474220, but that didn't work, so next I tried ASCII and got "HailKGB" which certainly seemed appropriate. When I tried it as the password, it became apparent I had now accessed the backdoor

The first thing I did was access flag.txt and got flag6{Um9vdCB0aW1l}, which I then cracked.

I head over to the exec tab where I find it is a webshell, first i just want to check it works

Okay, so the shell works, now I am looking for a priv esc route. First thing to do is get a list of users

So there is a user called dimitri who has /bin/bash access, this looks like the best target for a user to get access to. So I get digging into it

The directory called .Mylife owned by dimitri instantly caught my attention as it looked out of place, so i investigated it further

Well a file called .Secret is alway interesting I instantly wanted to read it

The phrase "DimitryHateApple" instantly stood out, it was in camel case, which does not make sense in a normal file, this led me to believe it could be the password. Also dimitri was spelt as Dimitry which is different to the user account I saw earlier. So I decided to try it as his password

But that gave nothing, I considered there may be and error and it may not have been forwarded, so I try again this time forwarding stderr to stdout

At this point I was sick of using a web terminal. And on the network tab I saw an option to spawn a reverse shell. So I opened another terminal on my kali machine to recieve it

At this point it became apparent I didn't have a full shell, so I utilised a python trick to spawn a nicer one

When this failed, I then tried again but with the corrected spelling of Dimitri, so I used DimitriHateApple as the password

Now I had access as dimitri, I checked what I could now do

With the machine rooted, all that was left to do was collect the final flag 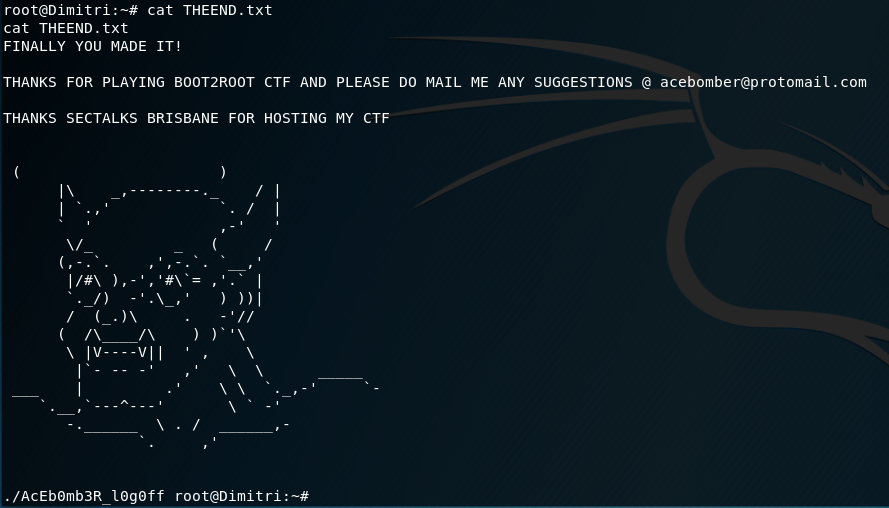 And that is the machine completed!

View all posts by Jack