Note: The goal of this machine is only to get shell, not to gain root

I started by locating the machine on the network

Now knowing that machine was running on 192.168.56.101 I performed a service discovery scan

I then ran some scripts against it

From the nmap scripts I knew there was a section called /spukcab which was excluded with robots.txt. So I went to it to find out what it was

When inspecting these files, I found that index.bak was just the html source code for the index page, but that oldconfig.bak contains some apache config

Although now knowing some details about the config, the main thing it confirmed was the server was using php. So I setup dirbuster to look for more leads 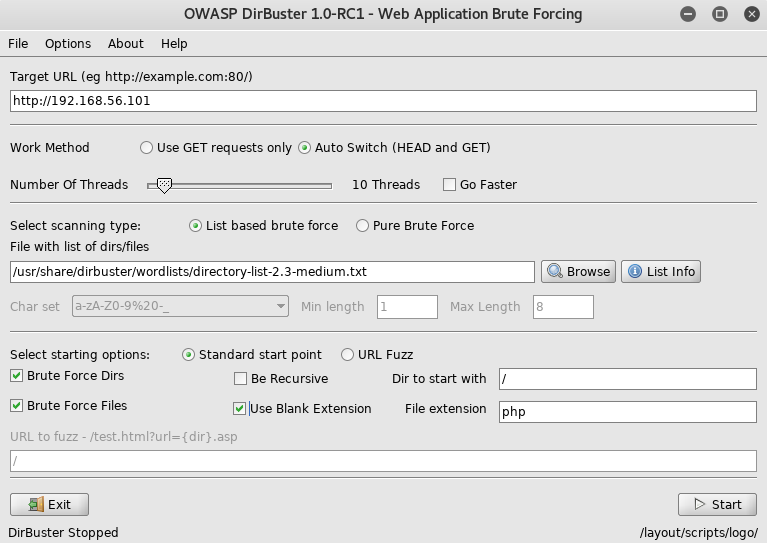 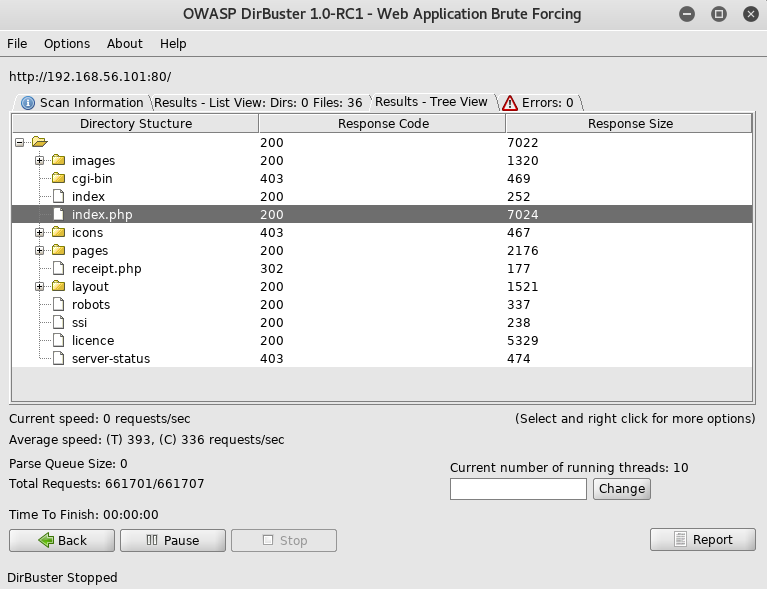 Noticing there was an index file both with and without the .php extension, I tried accessing the one without

This looked like a server side include which was used slightly wrong. I became more confident in this when I found /ssi

From here I considered injecting my own server side includes, and from the homepage I knew there was a form I could try it on which reflected the user input 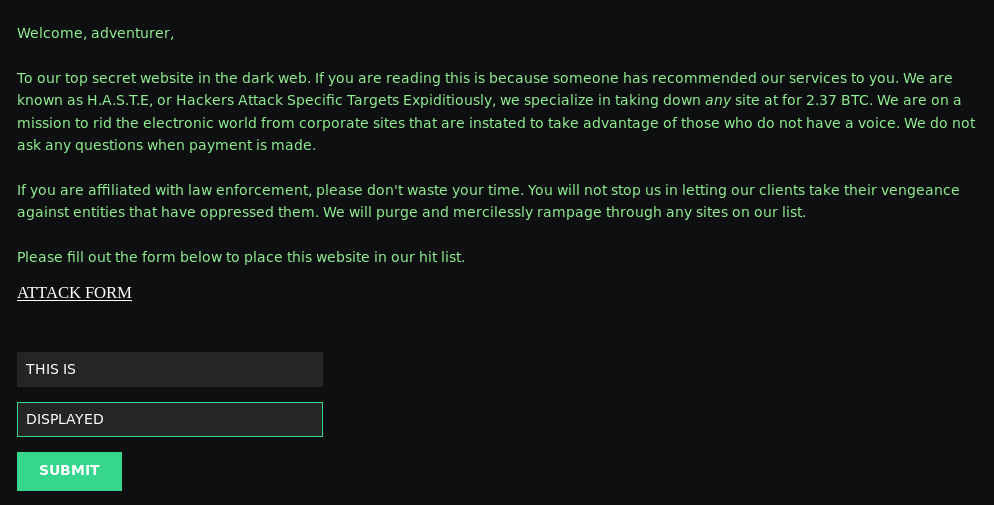 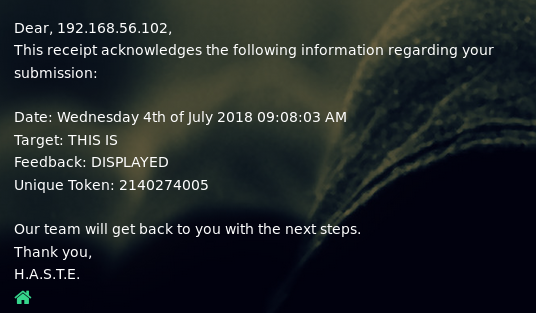 To work out if I could exploit this, I started with a basic XSS payload of

Which worked as I had hoped

As this worked, I tried injecting a server side include

But this didn't work. As a bit of a hopeful guess, I tried

Encase it was only being filtered out as a pattern match, and 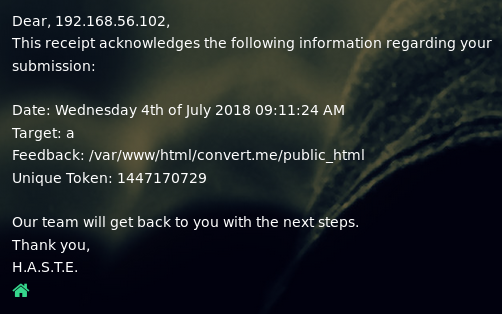 It worked, I now had the ability to inject commands. I started by trying to open a reverse shell. To do this I needed a listener

The in the form I put

But this did not work. So I decided to try and make the target machine pull code to be executed as a file. This first required me to start the webserver on my kali machine

Then I needed a reverse shell to provide the server

I used a .txt extension so that when it was requested by the target, the source code would be sent. I then edited the txt to contain my machines ip and selected port (4444). Next I triggered the target to download this file by injecting

I used -O to convert it back to php on the target so that I could trigger it to execute by navigating to the file url in browser. Next I needed to confirm the file had been created 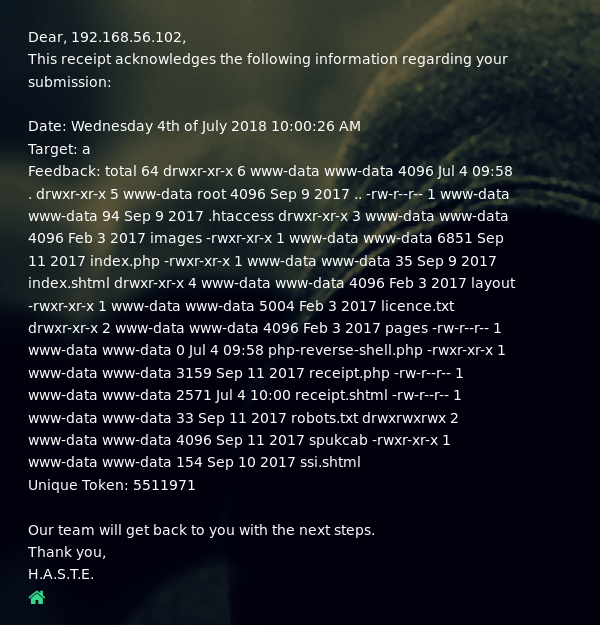 The file had been downloaded. So ensuring my listener was still open I went to http://192.168.56.101/php-reverse-shell.php in browser to trigger it

And that was a shell. As per the creator of the machine, the goal was merely to get a shell. So the machine is done!

View all posts by Jack